The Korean version of the outstanding PUBG 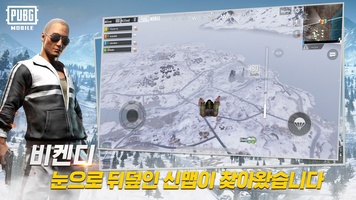 Advertisement
PUBG MOBILE (KR) is the Korean version of the popular PLAYERUNKNOWN'S BATTLEGROUNDS for mobile devices. In this game version, you can play as a guest or sign in using your Facebook, Twitter, or Google accounts.

In this game, you participate in a battle royale where 100 real players go head to head in a closed setting until there's only one final survivor left standing. To succeed in your mission, you have to move around the setting while collecting the best weaponry possible, making sure you stay inside the play zone, which shrinks continuously as the minutes go by.

In PUBG MOBILE (KR), you'll find practically all the elements from the original desktop version of PUBG. The control system is an accurate adaptation of the original, and the same goes for the game's objects and elements you can interact with. You can go into buildings, hop into vehicles, mount telescopic sights, use first-aid kits, climb over walls, etc.

Use the settings menu to adjust the level of graphic detail according to what your device can handle. You can also customize the controls, both when you move by foot or sitting behind the wheel of a vehicle.

PUBG MOBILE (KR) is a fantastic adaptation of the original PLAYERUNKNOWN'S BATTLEGROUNDS, letting you enjoy different game modes: solo or in teams. If you play in groups, you can also talk to your comrades using your device's microphone.
Reviewed by Andrés López
Advertisement

only gives Error the file cannot be broken :/

This Kr Version Is Give Alot Of Skin